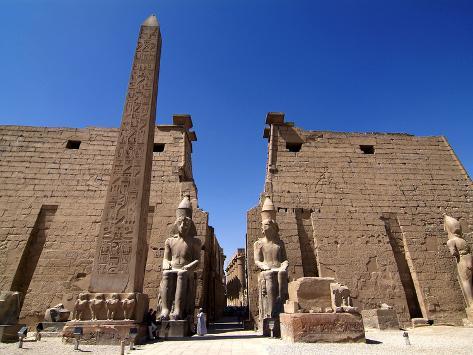 Luxor and Cairo Short break is a tour package designed to cover the most historical 2 cities in Egypt , Cairo and Luxor only in 3 days tour , In this Tour visit Giza pyramids , Sakkara Pyramids , Memphis the first Capital of Egypt , Egyptian Museum ,Old Cairo, Cairo Citadel and Khan El Khalili Bazaar or Old Market  .

Day 3 Egyptian Museum , Cairo Citadel , Old Cairo and Khan El Khalili Bazaar
Our Tour guide will pick you to start your trip to visit the Egyptian Museum which has more than 225,000 Masterpieces of Monuments with the golden treasure of the young King Tutankhamun which discovered at 1922 by Carter and Carnarvon , then drive to Citadel of Salah Eldin which was built in 1173 to protect Cairo from the crusaders which has the Masterpiece of Turkish Mohamed Ali Mosque , Then take your Lunch , After that visit old Coptic Cairo Hanging church , Abu Serga Church which known by holy Crept Church and Ben Ezra Synagogue finish your tour by the heart of Islamic old City Khan El Khalili Bazaar
After finishing fly to Luxor and overnight at hotel

Day 4 Luxor Sightseeing
Early morning around 3:30 AM our representative will pick you to Cairo Air Port to catch your flight to Luxor . Once you arrive to Luxor Air Port you will find our expert tour guide waiting you in front of the Exit door holding a sign by our company name to start your tour .
Start your tour by Colossi of Memnon for Amenohotep lll which are located west of the River Nile from the modern city of Luxor.
Then drive to Mortuary temple of Hatshepsut which Built for the queen Hatshepsut , it is located beneath the cliffs at Deir el-Bahari on the west bank of the Nile near the Valley of the Kings . This mortuary temple is dedicated to Amun and Hatshepsut and situated next to the mortuary temple of Mentuhoteb ll .
After you finish you will be on a date with history by visiting Valley of the Kings which is a valley in Egypt where , for a period of nearly 500 years from the 16th to 11th century BC , rock cut tombs where
excavated for pharaohs and powerful nobles of the New Kingdom , The valley stands on the west bank of the Nile , opposite Thebes within the heart of the Theban Necropolis . It has 63 tombs and chambers .
Have your Lunch in a good quality local restaurant .
Next drive to The Karnak Temple Complex , Which comprises a Vast mix of decayed temples , chapels , pylons , and other buildings near Luxor , Construction at the complex began during the reign of Senusert l in the Middle Kingdom and continued into the Ptolematic period , Although most of the extant buildings date from the New Kingdom . The area around Karnak was the ancient Egyptian and the main place of worship of the eighteenth dynasty Theban Triad with the god Amun as its head .
You will finish your tour by visiting the outstanding beautiful Temple , Luxor Temple which was constructed approximately 1400 BC . It was dedicated to the rejuvenation of kingship , The rear of the temple are chapels built by Amenhotep lll of the 18th Dynasty , and Alexander . other parts of the temples were built by Tutankhamun and Ramesses ll . During the Roman era , the Temple and its surrounding were a legionary fortress and the home of the Roman government in the area . During the Roman period a chapel inside the Luxor Temple Originally dedicated to goddess Mut was transformed in to a Tetrarchy cult chapel and later in to a church . Then fly to Cairo and overnight