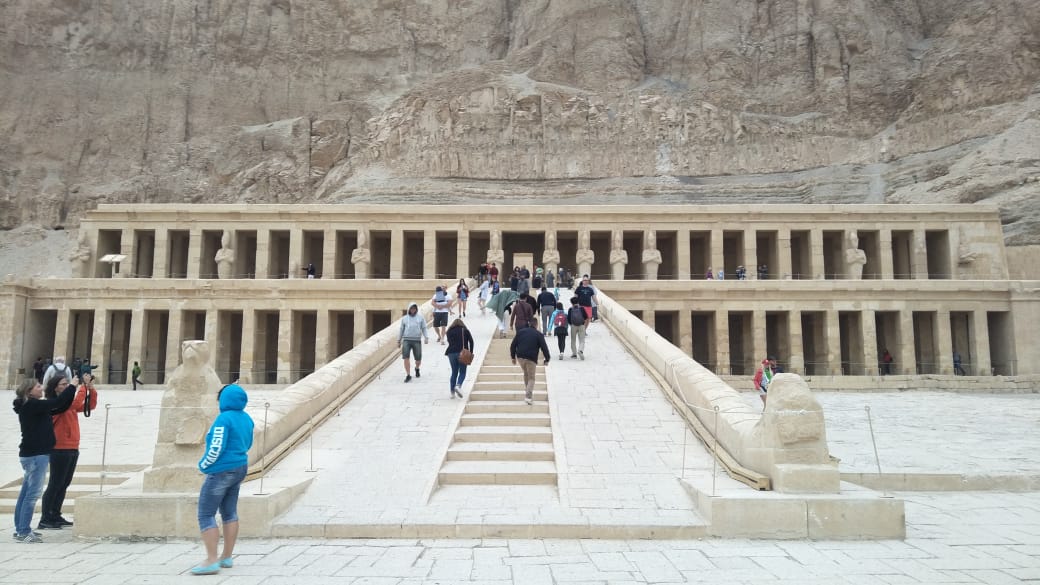 Explore the land of pharaohs and legends in 9 days Cover top of Egypt historical sightseeing and Temples , This tour is very special for Egyptian history and Egyptology lovers you will start by highlight of Cairo , Giza Pyramids , Sakkara , Memphis and Egyptian Museum drive to cover El Minya to Tell El Amaran , And colorful stunning tombs in Beni Hassan , Abydos , Dendara Temples , The Capital of history Luxor and you will finish your tour by the outstanding Abu Simbel temple and Aswan sightseeing .

Our Tour guide will pick you to start your trip to visit the Egyptian Museum which has more than 225,000 Masterpieces of Monuments with the golden treasure of the young King Tutankhamun which discovered at 1922 by Carter and Carnarvon , then drive to Citadel of Salah Eldin which was built in 1173 to protect Cairo from the crusaders which has the Masterpiece of Turkish Mohamed Ali Mosque , Then take your Lunch , After that visit old Coptic Cairo Hanging church , Abu Serga Church which known by holy Crept Church and Ben Ezra Synagogue finish your tour by the heart of Islamic old City Khan El Khalili Bazaar
back to hotel to Overnight in Cairo

Day 4 El Minya  Tell El Amarna tombs and Beni Hassan tombs
Early morning after breakfast Our tour guide will pick you to drive to El Minya   .
It's very special tour for Egypt history lovers because you have a chance to see the beautiful paintings
of Bani Hassan tombs , The heritage City of Akhnaton Tell El Amarna and different experience to be
in side great Catacombs of birds mommies .

Tuna el-Gebel, El-Ashmunein, Mallawi Egypt
Early morning around 6 O'clock our guide will pick you from your Hotel to drive south of Cairo to El Minya province to start your tour and visit great plain where Akhenaton received his divine inspiration to build his city .After that you will drive to tuna El Gabal necropolis you can see Petosiris , Ibis birds tombs and Isadora tomb back to the 2nd century AD , Lunch will be served in El Minya city back to your hotel and overnight in El Minya .

Day 5  El Minya
Morning around 8 O'clock you will join our guide to visit Beni Hassan and you can see Bakhet lll tomb who was the governor of Oryx Nome also the tomb of khnumhotep was governor under Amenemhat lll and Khety tomb to 11th dynasty ,lunch in a local restaurant , after lunch drive to Tell El Amarna you will see the north tomb which Ahmose and Huya tomb later drive to the largest city in Upper Egypt Assiut to Overnight

Day 6 Abydos and Dendera
Start your trip by visiting Abydos about 135 km from Luxor about 2 hours . It is notable for the memorial temple of Seti l , Which contains an inscription from nineteenth dynasty known to the modern world as the Abydos King List , It is a chronological list showing cartouches of most dynastic pharaohs of Egypt from Menes until Seti l’s father , Ramesses l.
Then drive to Dendera which located about 60 km north of Luxor To visit the unique Dendera Temple which contains the Temple of Hathor , is one of the best preserved temples , if not the best preserved one , in all of Upper Egypt . The whole complex covers some 40.000 square meters and is surrounded by a mud brick wall . The present building dates back to the times of the Ptolemaic dynasty and was completed by the Roman emperor Tiberius , but it rests on the foundations of earlier buildings dating back at least as far as Khufu but it was the Pharaoh Pepi l who built the temple , It was once home to the celebrated Dendera Zodiac , Which is now displayed in the Louvre in Paris . There are also Roman and pharaonic Mammisi , ruins of a Coptic church and a small chapel dedicated to Isis , dating to the Roman or the Ptolemaic epoch . Next drive to Luxor to overnight

Day 7 Luxor tour
Early morning you will drive to the West bank to visit the Valley of the Kings which has 63 tombs and chambers . Then drive to Colossi of Memnon for Amenohotep lll which are located west of the River Nile from the modern city of Luxor, After that you will be directed to Mortuary temple of Hatshepsut which was Built for the queen Hatshepsut
Get your Lunch , After Lunch you will visit The Karnak Temple Complex , Which comprises a Vast mix of decayed temples , chapels , pylons , and other buildings near Luxor
Then drive to Luxor Temple which was constructed approximately 1400 BC . It was dedicated to the rejuvenation of kingship , Overnight in Luxor

Day 8 Kom ombo and Edfu Temples
Early morning drive to Kom Ombo  which is an unusual double temple in the town of Kom Ombo in Aswan , It was constructed during the Ptolemaic dynasty ,Some additions to it were later made during the Roman Period ,The building is unique because its double design meant that there were courts , halls ,
sanctuaries and rooms duplicated for two sets of gods . The southern half of the temple was dedicated to the crocodile god Sobek the god of fertility and creator of the world with Hathor and Khonsu , The
northern part of the temple was dedicated to the falcon god Horus . The Temple is atypical because every thing is perfectly symmetrical along the main axis . Next drive to Edfu Temple which is located on the west bank of the Nile in Edfu , it is one of the best preserved shrines in Egypt . The temple was built in the Ptolemaic Kingdom between 237 and 57 BC . There are important scenes and inscriptions of the Sacred Drama which related the age old conflict between Horus and Seth , Next drive  to Aswan and overnight

Day 9 Aswan sightseeing
Early morning optional tour to Abu Simbel temple
Aswan Sightseeing , Start your tour by visiting Philae temple , which is dedicated to ISIS goddess  and  located now on a new location Agilkia Island  , then drive to the unfinished obelisk which is the largest known ancient obelisk and is located in the northern region of the stone quarries of ancient Egypt in Aswan , Egypt Then continue to the High Dam which built between 1960 – 1970 , It is 111 meters high , Next Fly to Cairo and Overnight in Cairo