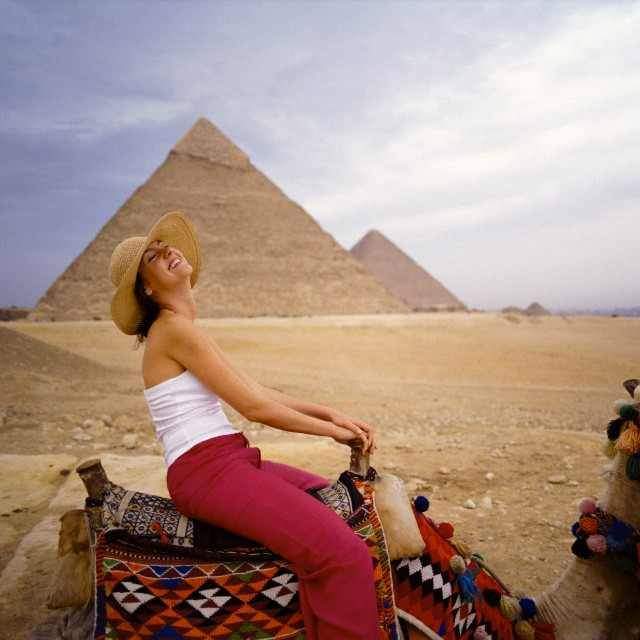 In 2 days you can cover Cairo top Tours and the highlight of Cairo such as Giza Pyramids , The first pyramid was built in the world the step pyramid , the ruins of first Capital of Egypt Memphis , Egyptian Museum with thousands of masterpieces collections , Coptic Cairo , Old Islamic Cairo which has Mohamed Ali mosque and Old Market Khan El Khalili .

Day 1 Arrival
Once you arrive you will find our representative holding a sign by our company name in the emigration hall to meet and assist you , after finishing he will join you to your hotel by air conditioned vehicle . while driving to the hotel our representative will explain for you our itinerary details and optional experience tours . check in the hotel and overnight in Cairo
Optional Tours
Dinner Nile cruise , Pyramids sound and light show

Day 2 Giza Pyramids , Sakkara , Memphis
Start your tour experience by  Giza pyramids , once you arrive start your tour by Great Pyramid one of the old seven wonders was built by an order of The king Cheops  with 146 meters high 1000 meter square and more than 2.4 Million stones with seven million tons , enjoy walking around then drive to the panorama view chance to have a look to all the pyramids in one line , chance to catch the memorial pictures ever while driving to the great sphinx you can stop in front of the pyramid Chefren with 139 meters high  ,  and the pyramids of Menkaure 66 meters high after this you will get a moment of majesty standing in front the great sphinx a body of a lion and ahead of a man lying behind  the valley temple of the second pyramid.
Then drive to Sakkara ,while driving from Giza to Sakkara there is a chance to draw an image of the real Egyptian rural life with more than million date palm trees.
Sakkara necropolis is  20 kilometers south of Giza , Sakkara the oldest necropolis belongs to the first federal capital of Egypt Memphis , it has the step pyramid the first pyramid  built in the world and the first complex built by stone on earth by an order of the founder of the 3th dynasty king Zoser .then Sakkara come one of the largest cemetery in Egypt till the Greek roman period
Then drive to Memphis ,The latin name of the first federal capital of Egypt originally is Mn-Nefer that means the beautiful town and  also was known by (Pr-hedj) which means the white house was founded by an order of the first king of the first dynasty minas 3400 BC now get a chance to have a look of some remains of old temples specially second Ramses period such as the great statue of the ll Ramses, the alabaster sphinx and the statue of the holy trinity of Memphis Ptah, nfr-tm and Sekhmet . Next back to your hotel

Start with The National Egyptian museum which is one of the oldest and  most important museums in the world which was built 1901 ,it is the mirror of ancient Egyptian history since pre-history period till Greek roman period, it has 120,000 pieces of antiquities  , Right now it has the most important treasure was found in the world Tutankhamun tomb was found 1922 by Howard Carter  in the valley of the kings .The treasure collection more than 3500 Masterpiece of antiquities
Then drive to Old Cairo or Coptic Cairo which is a part of Old Cairo which encompasses the Babylon Fortress , the Hanging church , the Greek church of St.George and many other Coptic churches and historical sites . it is believed in Christian tradition that the holy family visited this area and stayed at the sites of saints Sergius and Bacchus church ( Abu Serga ). Coptic Cairo was Stronghold for Christianity in Egypt until the Islamic era ,though most of the current buildings of the churches in Coptic Cairo were built after the Muslim conquest of Egypt in the 7th century
Then drive to Cairo Citadel which was built by an order of the king Saladin the largest fort an castle in the medieval period 153,000 meter square it was built between 1176 to 1183 CE to protect Cairo from Crusaders Only few years after  defeating Fatimid Caliphate , Saladin recycled the stones of Giza Pyramids to finish faster as he can , It was used as Royal Court Since Al-Nasir Muhammad ibn Qalaoun  till Muhammad Ali Pasha 1807 CE who built two great palaces Salamlik Haremlik and one of the master piece of Turkish mosques in the world Muhammad Ali alabaster mosque in 1828 to 1848 CE , Perched on the summit of the Citadel .After that you will get your launch at a good quality restaurant
Then drive to Khan Elkhalili bazaar , Khan Elkhalili Bazar is a major souk in the historic center of Islamic Cairo . The bazaar district is one of Cairo’s main attractions for tourists and Egyptians alike. then back to hotel