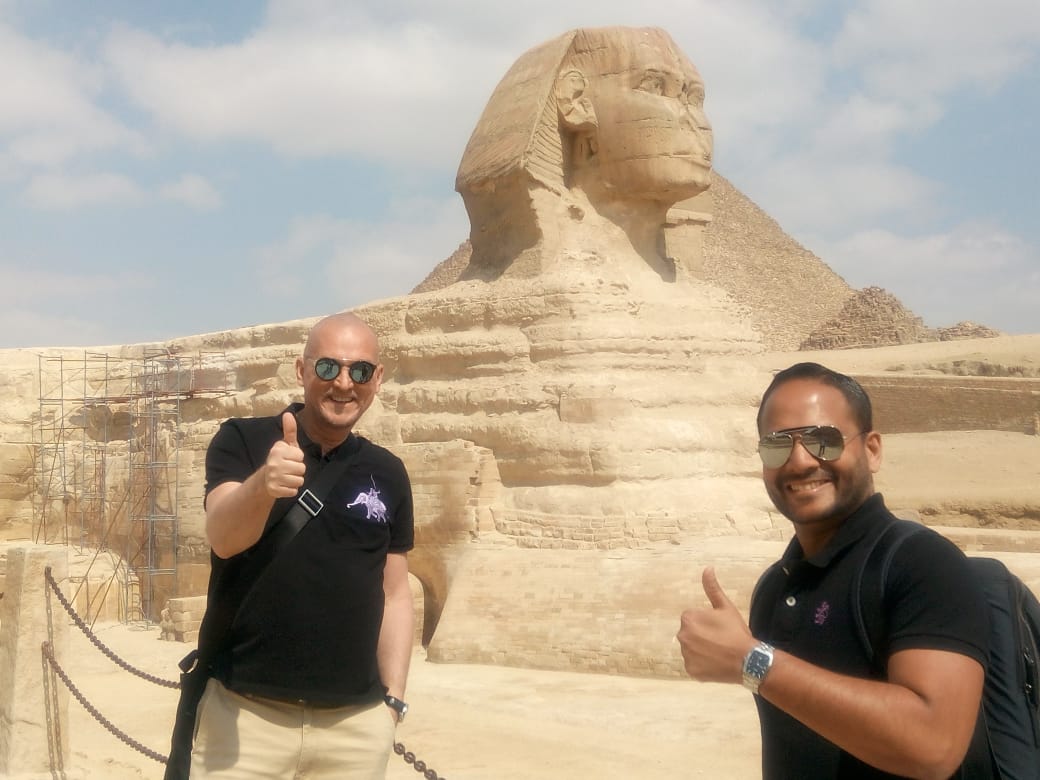 In one day tour you will move around Egypt history since pharaohs with the Giza Pyramids 2600BC , The Egyptian Museum with more than 125.000 artifacts , Greek Roman and Christianity period you will visit the Babylon Fortress ,Then finish your experience between Islamic architectures and Cairo local life in Khan Elkhalili bazaar.

- Pick up from your hotel or other

- Entrance fees for all sights mentioned in the itinerary

- Bottle of water and snacks

Around the clock on the time we mentioned our expert tour guide will pick you to start your tour experience .

Start your tour experience by  Giza pyramids , once you arrive start your tour by Great Pyramid one of the old seven wonders was built by an order of The king Cheops  with 146 meters high 1000 meters square and more than 2.4 Million of stones with seven million tons , enjoy walking around then drive to the panorama view chance to have a look to all the pyramids in one line , chance to catch the memorial pictures ever while driving to the great sphinx you can stop in front of the pyramid Chefren with 139 meters high  ,  and the pyramids of Menkaure 66 meters high after this you will get a moment of majesty standing in front the great sphinx a body of a lion and ahead of a man lying behind  the valley temple of the second pyramid

Then drive to The National Egyptian museum which is one of the oldest and  most important museums in the world which was built 1901 ,it is the mirror of ancient Egyptian history since pre-history period till Greek roman period, it has 120,000 pieces of antiquities  , Right now it has the most important treasure was found in the world Tutankhamun tomb was found 1922 by Howard Carter  in the valley of the kings .The treasure collection more than 3500 Masterpiece of antiquities

Then drive to The Old Cairo or Coptic Cairo which is a part of Old Cairo which encompasses the Babylon Fortress , the Hanging church , the Greek church of St.George and many other Coptic churches and historical sites . it is believed in Christian tradition that the holy family visited this area and stayed at the sites of saints Sergius and Bacchus church ( Abu Serga ). Coptic Cairo was Stronghold for Christianity in Egypt until the Islamic era ,though most of the current buildings of the churches in Coptic Cairo were built after the Muslim conquest of Egypt in the 7th century

The tour will include the highlight of the area

Next vsisit Khan El-khalili Bazar which is a major souk in the historic center of Islamic Cairo . The bazaar district is one of Cairo’s main attractions for tourists and Egyptians alike .

After Finishing back to your Start Point .